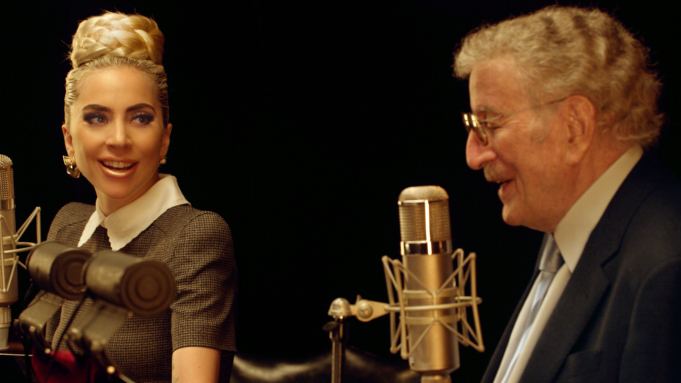 Lady Gaga and Tony Bennett are coming to your TV, as Variety has reported a trio of musical specials featuring the two music legends will air on CBS, MTV and Paramount Plus over the next several months, the first of which is coming as soon as Thanksgiving weekend. Bennett and Gaga have performed together frequently in recent years, doing multiple specials and albums.

Tony Bennett, the 95-year-old legendary crooner, announced that he would be retiring from performing, with his final performance coming in August. His final performances will actually be the content of the first special, billed as One Last Time: An Evening With Tony Bennett and Lady Gaga. The show is an hour long and is made up of the singer’s final two performances at Radio City Music Hall. The special will air on CBS on Nov. 28 at 8 p.m. ET/PT. After its broadcast debut, it will be available to stream on Paramount Plus.

The next special will see Bennett return to MTV Unplugged, which was the show that helped him revitalize his career in the 1990s. MTV Unplugged: Tony Bennett & Lady Gaga was already filmed in front of an intimate studio audience. There is no confirmed premiere date for the special, but Variety reports that it is eyeing a winter date.

The final offering from ViacomCBS to honor Tony Bennett is a documentary, The Lady and the Legend, about Bennett and Gaga’s relationship. ViacomCBS describes the documentary as “an intimate look into a beautiful friendship and musical partnership that transcends generations.” Footage will go all the way back to the duo’s first meeting in 2011 and feature footage from the making of their albums. The Lady and the Legend will play exclusively on Paramount Plus, but no release date was given at this time.

This news comes as Bennett and Gaga have a new album, “Love for Sale,” set to be released on Oct. 1.

Watching the specials on CBS and MTV will require to make sure that viewers have access to these channels either through whatever service they use. For traditional cable subscribers, accessing CBS is simple enough as it is available essentially via all cable providers; MTV is a premium cable channel, so be sure to check if your subscription covers it. There are also vMVPD services like Fubo TV, Hulu with Live TV, Sling TV and YouTube TV that offer access to CBS and MTV, but make sure to check each service to confirm availability (again, particularly for MTV).

Those who have gone away from any kind of cable subscription will have to rely on Paramount Plus, which does offer access to a subscriber’s local CBS channel (as long as they are signed up for the $9.99 per month package).

Wed Sep 15 , 2021
Share on Facebook Tweet it Share on Reddit Pin it Cassandra Peterson is inviting her fans to join her for a movie marathon on Shudder as she revives her unparalleled horror hostess Elvira for the character’s 40th anniversary. The aptly an thoughtfully named Elvira’s 40th Anniversary, Very Scary, Very Special […]