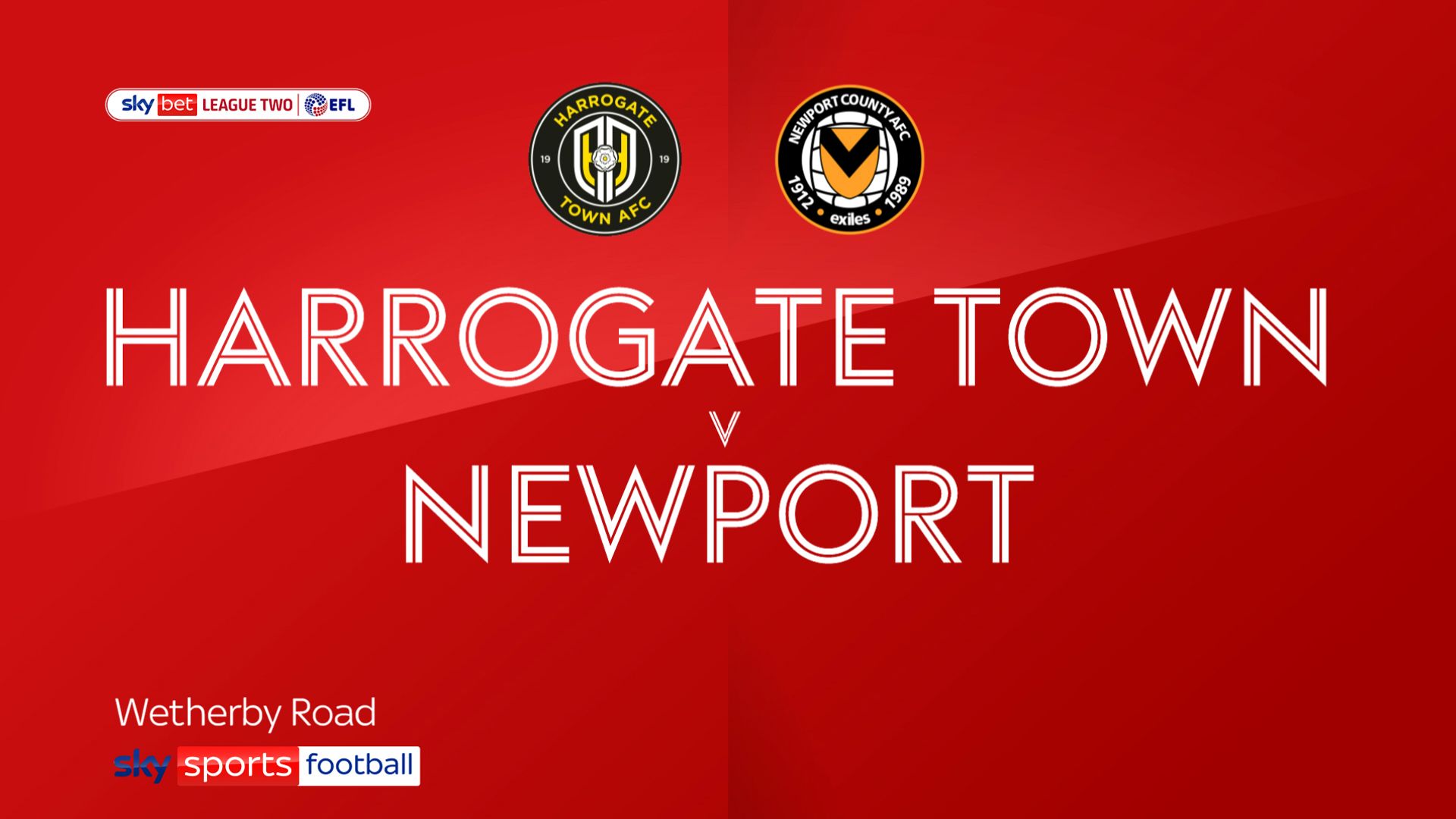 Harrogate moved a point clear at the top of League Two and preserved the division’s only remaining unbeaten record after twice fighting back to earn a 2-2 draw against Newport.

Town strikers Jack Muldoon and Luke Armstrong both grabbed first-half equalisers to cancel out Scot Bennett and Robbie Willmott efforts for the visitors.

Newport took a third-minute lead when Bennett stabbed in from 12 yards after Harrogate failed to deal with a Willmott corner.

Muldoon levelled in the 34th minute when he sprinted on to Armstrong’s header following a long goal kick by Mark Oxley and fired emphatically into the bottom-left corner of Joe Day’s net from 10 yards.

However, County forged back ahead four minutes later with Willmott directing a free header past Oxley from Cameron Norman’s right-wing cross.

But Harrogate grabbed a second equaliser on the stroke of half-time when Day could only parry a Muldoon shot and Armstrong pounced from three yards to score his fifth goal of the season.

The second half was much less eventful, although Oxley was required to make a smart save from Alex Fisher’s well-struck, 35-yard attempt.