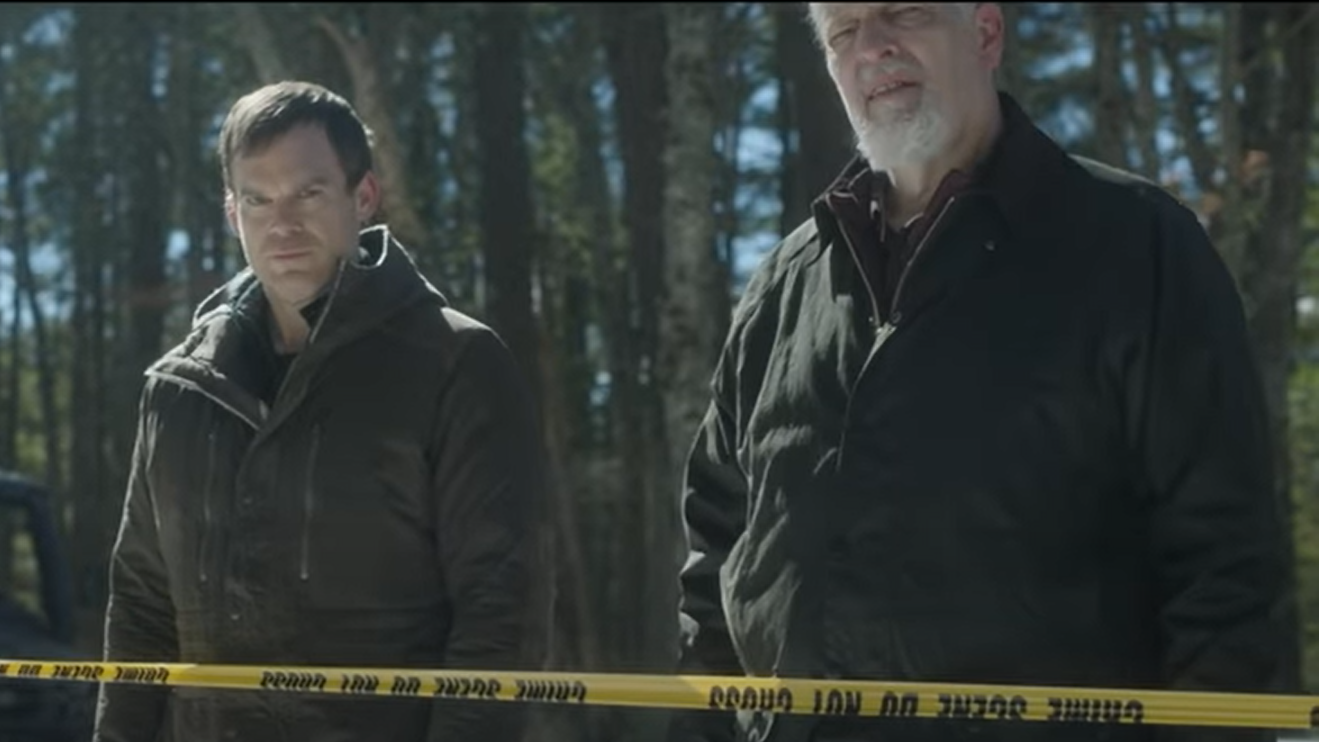 This series reboot arrives eight years after the original series wrapped up, with the finale leaving many of the show’s fans very disappointed. Dexter’s original creator James Manos Jr. is not returning for Dexter: New Blood, instead Clyde Phillips who was an executive producer and writer for the original show from 2006-2009 wrote each episode. But don’t worry, Michael C. Hall is set to reprise his role as Dexter, as well as serving as an executive producer.

Here’s everything that we know so far about Dexter: New Blood.

What is the plot of ‘Dexter: New Blood’?

In the series finale of Dexter, our titular crime-solver/serial killer disappears during a hurricane that hits Miami. Dexter: New Blood will pick up 10 years after the events of the original series, with Dexter living a new life in upstate New York.

Living under an assumed name and trying to lead a normal life, his past creeps back in as his partner, who just so happens to be a police officer, gets involved in a missing persons case.

During the Television Critics Association press tour, Showtime Entertainment President Gary Levine admitted that they botched the original ending to Dexter, but with the reboot they have found “a way to do it right.”

Who is in the ‘Dexter: New Blood’ cast?

It’s just not Dexter if you don’t have Michael C. Hall back wielding the knife. The actor returns to the role that made him famous, and he will be joined by plenty of new cast members, as well as reuniting with one or two old ones.

Julia Jones has been tapped to play the role of Angela Bishop, the local police officer that Dexter has a relationship with. Meanwhile, another important woman in Dexter’s life will be around, at least in spirit, as Jennifer Carpenter is confirmed to return for the series reboot. The family reunions will continue as Jack Alcott will play a grown up Harrison Morgan, Dexter’s son.

When is the ‘Dexter: New Blood’ release date?

Dexter: New Blood will consist of 10 episodes, the first of which will premiere on Showtime on Nov. 7. After that, new episodes will be released every week until the season ends, which is currently scheduled to wrap up on Jan. 9.

Is there a ‘Dexter: New Blood’ trailer?

Showtime has released the official trailer for Dexter: A New Blood, which finds Dexter living a mostly peaceful life until the missing persons case arrives and he can’t help but fall back into his old ways. But how will things be different this time, as he says, he may be a monster, but he’s an evolving monster.

Watch the full trailer below.

Will there be a ‘Dexter: New Blood’ season two?

You can never predict what TV creatives will do, but it sure sounds like Showtime and those involved with Dexter: New Blood are planning for it to be a one-off. Again during the TCA event, Levine said that the 10 episodes are “a proper finale for a brilliant series.”

For the moment we’ll just have to take Levine and company at their word, with these 10 episodes being the last that we will see of Dexter Morgan.

How to watch ‘Dexter: New Blood’

Dexter is staying put on the TV network that he has always called home, Showtime. The premium cable network does require people to sign up for it, but that can be done in a few ways.

The first is by adding Showtime to an existing or new traditional cable or satellite subscription; check your local cable providers for information on availability and cost. Showtime is also available through vMVPD live TV streaming subscriptions like Fubo TV, Hulu with Live TV, Sling TV and YouTube TV, though it is a premium add-on in addition to the standard monthly fee for these services.

Cord cutters can also watch Showtime, as the premium channel offers consumers to sign up for it directly and then stream it online or on devices including iPad, iPhone, Apple TV, Android or Android TV, Google Chromecast, Amazon Fire TV, LG and Samsung smart TVs, Roku and the Xbox and PlayStation 4 gaming consoles. A streaming subscription to Showtime costs $10.99 per month after a 30-day free trial.

If you have any of these services, you can catch up or rewatch the original eight season run of Dexter.

Fri Sep 10 , 2021
Share on Facebook Tweet it Share on Reddit Pin it After announcing the game earlier this week, Remedy Entertainment showed off a brand new trailer for the upcoming Alan Wake Remastered game, showing off some of the gameplay in it. RELATED: Alan Wake Remastered Officially Announced, Coming This Fall In the […]