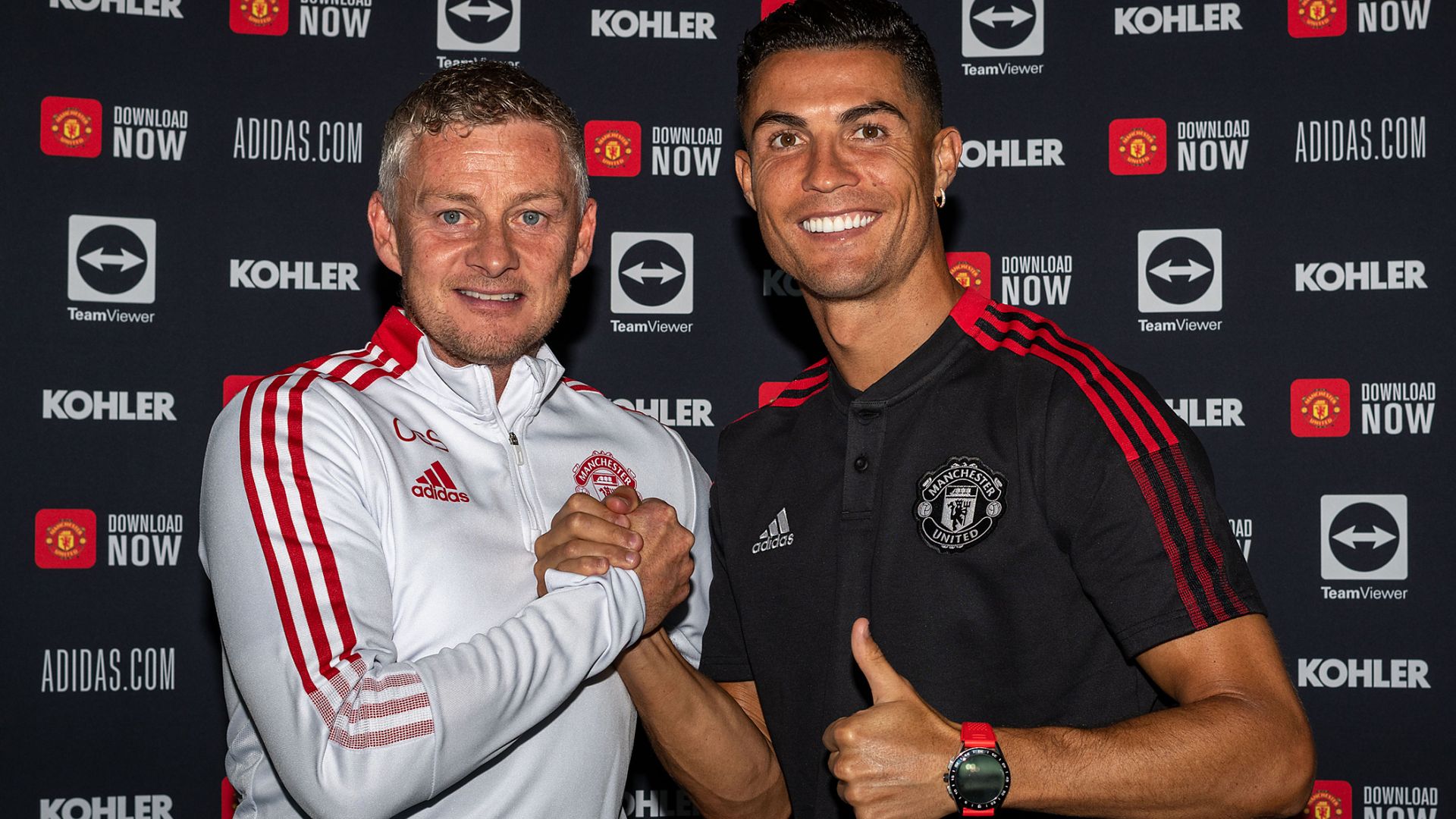 Cristiano Ronaldo will make his second Manchester United debut against Newcastle at Old Trafford in the Premier League on Saturday, manager Ole Gunnar Solskjaer has confirmed.

United re-signed the 36-year-old from Juventus on a two-year contract with the option to extend for a further year last month.

Ronaldo, who scored 118 goals in 292 games over six years during his first spell at the club, has trained with his new team-mates this week ahead of the Premier League’s resumption following the international break.

“He has been having a good pre-season with Juventus, he has played for the national team,” said Solskjaer at his pre-match news conference.

“He has had a good week with us here and he will definitely be on the pitch at some point that is for sure.”

United have not won a top-flight title since the 2012-13 season – when Sir Alex Ferguson retired as manager – and Solskjaer says Ronaldo’s return will ensure “there is no place to hide” within the squad.

“That is what he does, he has lived his life with the discipline of a top professional. Ever since he came here, I remember he was the first one who did the preparation [for matches] really well.

“We have grown as a group the last few years. The desire, determination and focus has improved all the time.

“Even bringing in Raphael [Varane], he has come in with a winner’s mentality, an unbelievable focus but then of course Cristiano comes in as well. There is no place to hide when you have got winners like them.

This is a breaking [insert team, sportsperson, league, sport] news story that is being updated and more details will be published shortly. Please refresh this page for the latest updates.

Visit skysports.com or the Sky Sports App for all the breaking sports news headlines. You can receive push notifications from the Sky Sports app for the latest news from your favourite sports and you can also follow @SkySportsNews on Twitter to get the latest updates.