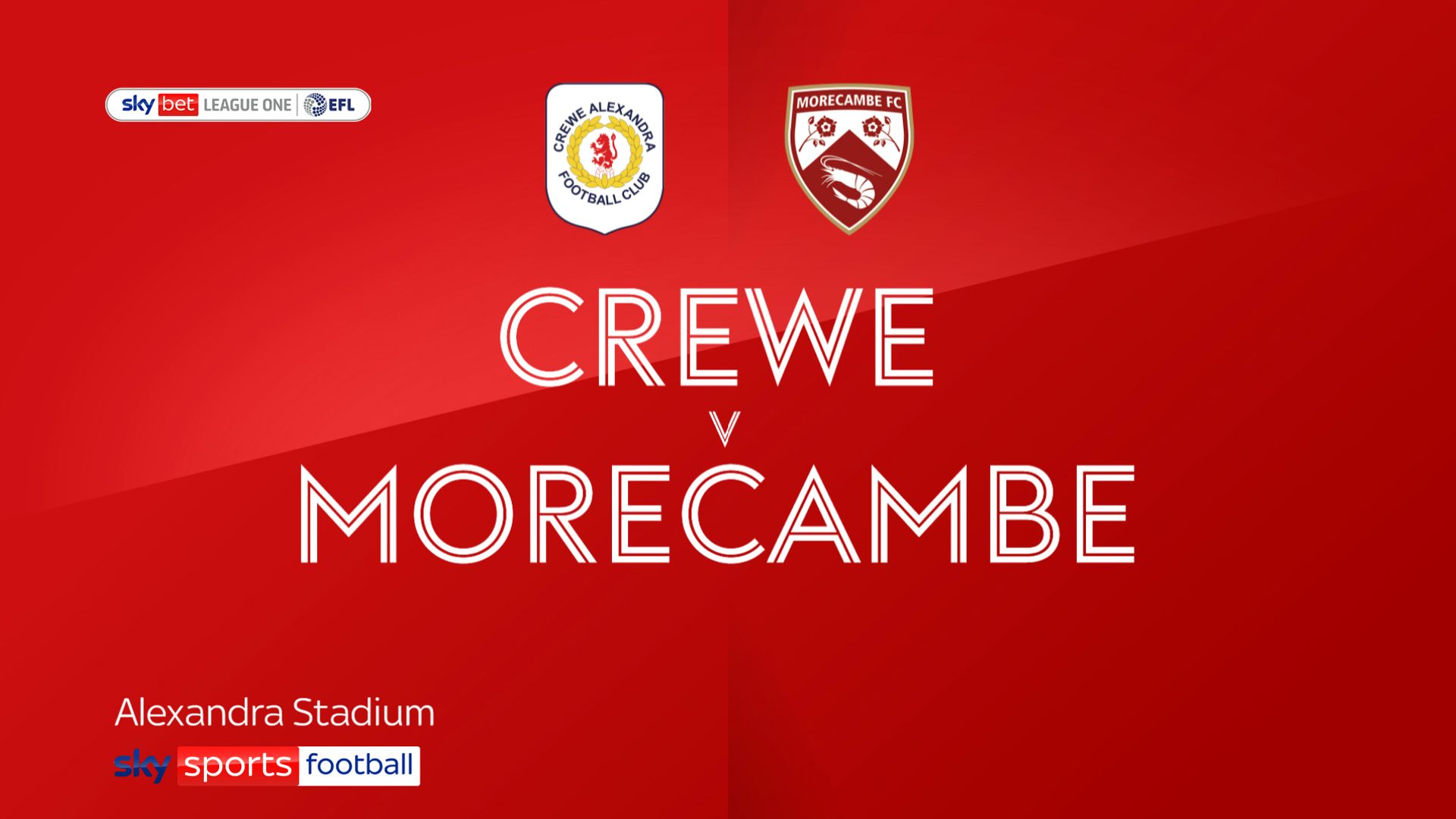 Arthur Gnahoua struck a brace to help Morecambe to a 3-1 win at Crewe.

The Shrimps were set on their way to their first away success of the League One campaign by some sharp deliveries from the wing, notably from Greg Leigh whose left-wing cross was finished by Adam Phillips for an eighth-minute opener.

Another Leigh delivery was spilled by Will Jaaskelainen into the path of Cole Stockton, whose goal-bound effort was blocked by Rio Adebisi.

But the home side were made to pay again from out wide when Wes McDonald’s cross from the right was netted with aplomb by Gnahoua with a flick of his boot at the near post.

Shane McLoughlin was close to a third for the visitors, with his drive flicking off the bar.

Crewe carried their momentum into the second period and cut the arrears in the 49th minute when Bennett drove the ball across goal and Mikael Mandron stabbed in from close range.

Mandron then helped fashion a shooting chance for Ainley inside the box, but Letheren did well to push the ball away.

Leigh almost picked out the far corner as Morecambe relied on the counter attack, before Gnahoua made the game safe when he took Stockton’s pass and found the top corner at the near post late on.