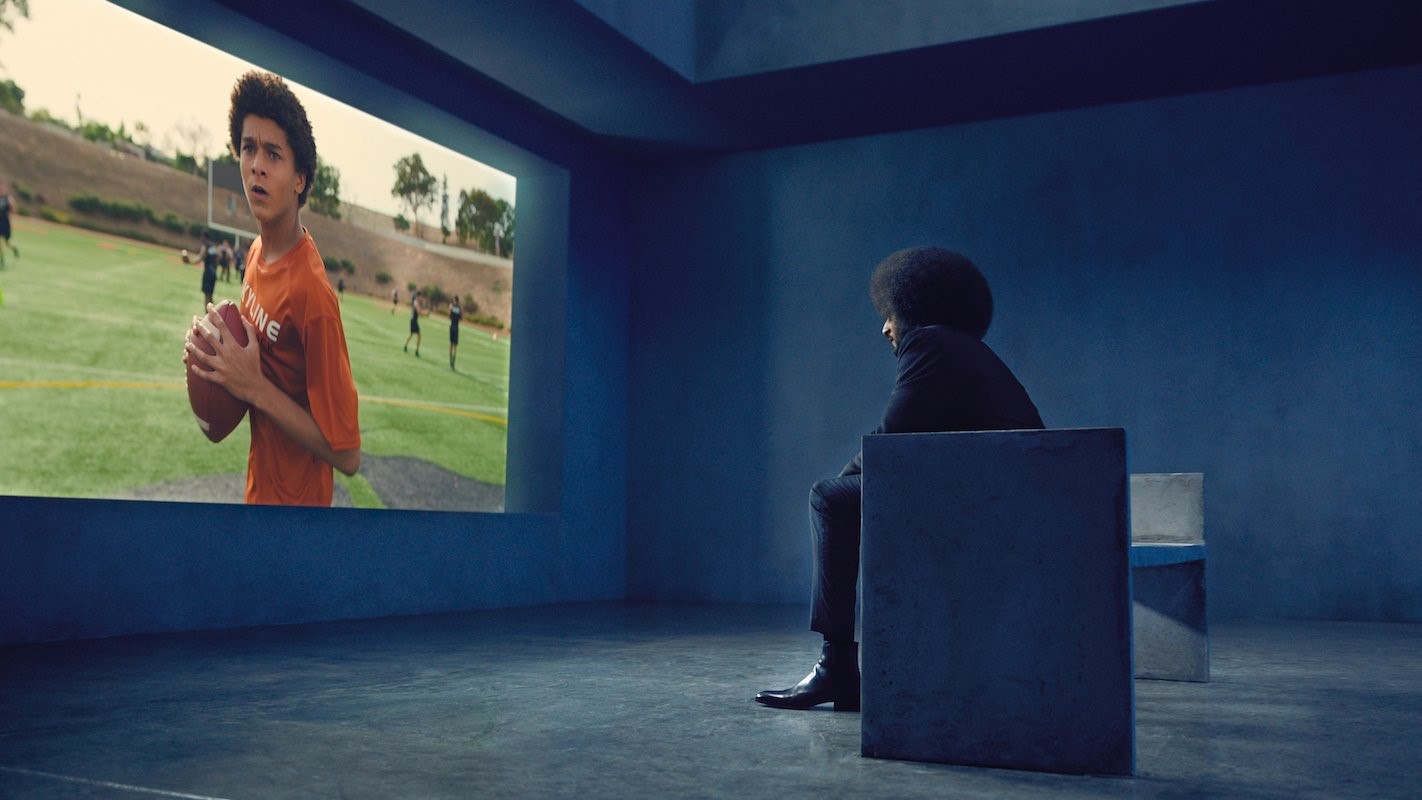 Colin Kaepernick made headlines during his NFL career on and, perhaps more notably, off the field. The fact that his story is getting a TV adaptation isn’t overly surprising. What is surprising is the direction that Kaepernick, Ava DuVerany and Netflix have opted to go with for Colin in Black and White.

Rather than focusing on Kaepernick’s recent social activism and his protest against police brutality that saw him take a knee during the National Anthem during his final season in the NFL, the story will focus on a younger Kaepernick.

Find out more about Colin in Black and White below.

What is the plot of ‘Colin in Black and White’?

Kaepernick’s protests and post-NFL career have been well documented, so instead he teamed with DuVernay to create a series based on his teenage years that led him to become the activist that he is today.

The biracial Kaepernick was adopted by white parents, and the drama series will dive into how his background and how sports and his interactions outside of athletics in a predominantly white California neighborhood impacted him.

Who is in the ‘Colin in Black and White’ cast?

Playing the role of a young Colin Kaepernick will be Jaden Michael. Michael’s biggest roles to date came in the Baz Luhrmann Netflix series The Get Down, a role in the film Wonderstruck and a couple of episodes of Blue Bloods.

The real Colin Kaepernick will also appear in the series as the narrator.

When is the ‘Colin in Black and White’ release date?

Netflix previously announced a release date of Oct. 29 for Colin in Black and White, dropping all six episodes of the series at the same time.

Colin in Black and White is one of the marquee new shows set to debut on the streaming service this fall. Others include the much anticipated adaptation of the anime series Cowboy Bebop, the new Mike Flanagan horror series Midnight Mass and new drama series Maid.

There are also many fan-favorite Netflix series set to return in the final months of 2021, including Sex Education, Dear White People, Cobra Kai and The Witcher.

Is there a ‘Colin in Black and White’ trailer?

Netflix has released the first trailer for Colin in Black and White. It features Kaepernick giving a speech about the path that people find themselves on in life while Jaden Michael’s portrayal of the young Kaepernick walks through different elements of his teenage life, including school, sports and time with friends. Watch the trailer below.

How to watch ‘Colin in Black and White’

Colin in Black and White is a Netflix original series, meaning that it is exclusive to the streamer. So, if you are not one of the 200 million plus global subscribers to Netflix, you will need to join their ranks in order to watch the new series. Netflix offers its base package for $13.99, with additional plans available offering different features (including 4K).

Mon Sep 13 , 2021
Share on Facebook Tweet it Share on Reddit Pin it Jumping from one tournament to another in less than 24 hours, pole vaulter EJ Obiena barely missed out on another medal after losing in the countback for the bronze on Sunday (Monday in Manila) in the International Stadionfest in Berlin, […]