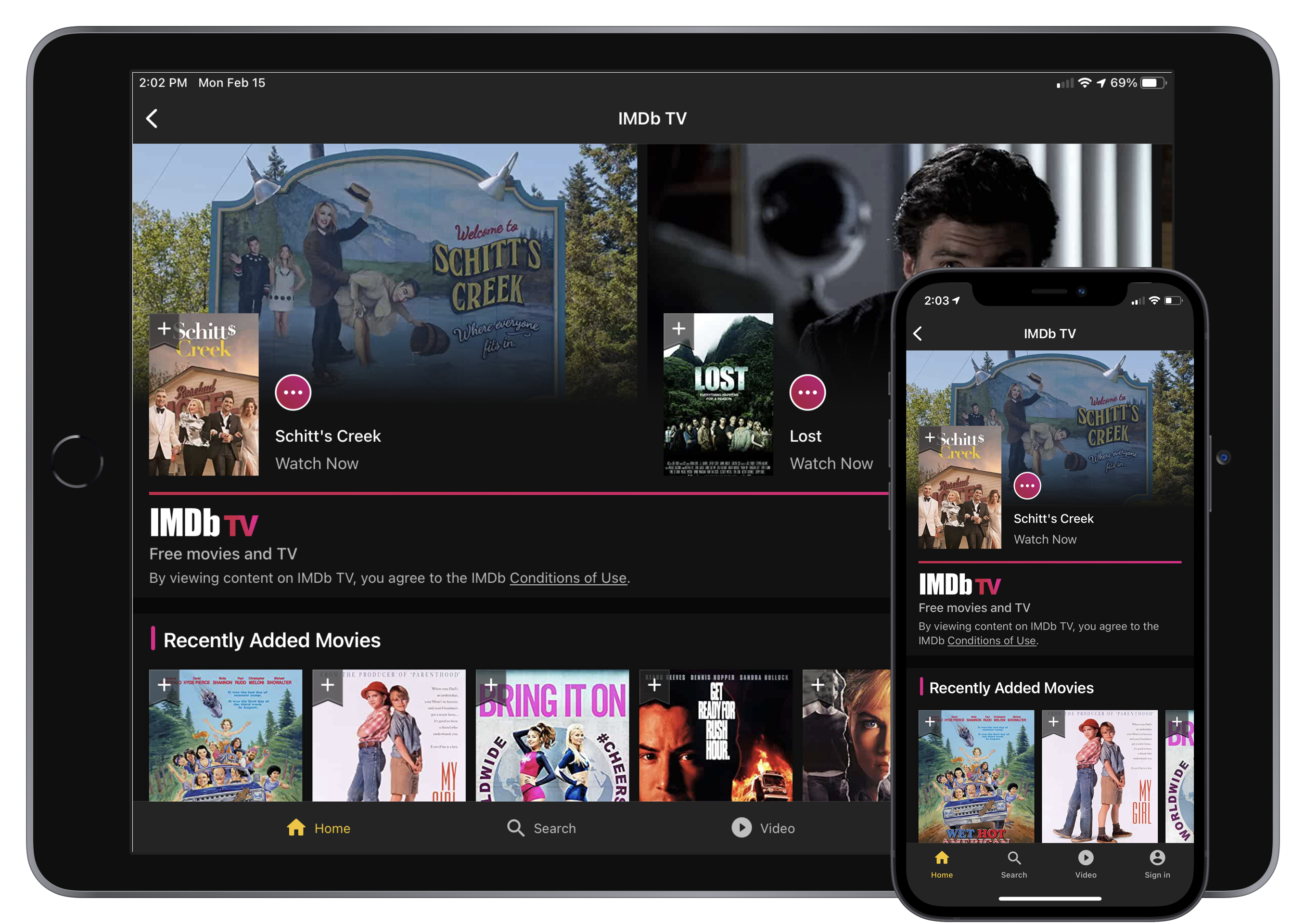 Truth is stranger than fiction, which is something you’ll quickly realize from many of the best documentaries on IMDb TV. From stories recounting the lives of influential people to recollections of historical events to issue-driven films, there are plenty of documentaries to enjoy and learn from on IMDb TV.

IMDb TV is a free, ad-supported (AVOD) streaming service from the IMDb website and its parent company Amazon. Requiring no monthly or annual subscription, IMDb TV offers some of the best movies and best shows, both recent and classic, for viewers to enjoy.

Here are some of the best documentaries on IMDb TV right now.

Evel Knievel defied death numerous times with his famous stunts, becoming an American icon in the process. Documentarian Daniel Junge looks past the stars-and-stripe suit and at the real story of Robert Knievel beyond his alter ego persona.

Being Evel features archival footage of Evel Knievel, as well as interviews with family members Kelly and Linda Knievel, and celebrities that include George Hamilton, Johnny Knoxville and Travis Pastrana.

If you consider yourself a book lover, you are going to want to watch The Booksellers. The documentary examines the world of rare book stores and collectors in New York City.

The Booksellers gives viewers a broader understanding of the history of bookstores and the passion for collecting rare books; the struggles that the internet and other modern day challenges have presented; and the hope that a younger generation is bringing to the literary community.

Things like the X Games and the Tony Hawk video game series made skateboarding a well known sport from the ‘90s to today, but prior to that skateboarding received little attention from the broader sports community. Bones Brigade: An Autobiography tells the story of a group of skaters who helped change that.

Featuring interviews with Tony Hawk, Steve Caballero, Tony Alva, Fred Durst, Shepard Fairey, Ben Harper and more, the documentary chronicles how the original members of the Bones Brigade became some of the most influential figures in the skateboarding community.

Even as the broader culture has opened up to the LGBTQ+ community, we know there are still those that treat it with prejudice, bullying and harassment. To help combat this, Check It was formed, a group of gay Black people in Washington, D.C.

The Check It documentary follows the group — they call themselves a gang — and discusses the issues that they’ve dealt with, how Check It has helped them and how they plan to move forward.

Citizenfour is the Oscar-winning documentary that chronicled documentarian Laura Poitras’ meetings in Hong Kong with NSA whistleblower Edward Snowden after he reached out to her using the alias “Citizenfour.”

The information that Snowden provided in leaked documents and described in the documentary revealed the level to which American Intelligence agencies surveillance internet and phone data of millions of Americans, actions that have resulted in him being charged for espionage.

Amy Berg’s Oscar-nominated documentary Deliver Us from Evil chronicles instances of abuse of power in the Catholic church that saw members of the clergy sexually assault young children and the lengths that it would go to cover it up.

Deliver Us from Evil features both interviews from survivors and their families, as well as testimony from Father Oliver O’Grady, a priest who was moved from parish to parish to try and conceal his actions.

We rightly celebrate Apollo 11 crew members Neil Armstrong, Buzz Aldrin and Michael Collins, the first manned NASA mission to land on the surface of the moon. However, their path was blazed by the crew of Apollo 8.

The Apollo 8 mission was made up of Frank Borman, Bill Anders and Jim Lovell, who seven months before Apollo 11 blasted off into space to become the first people to leave Earth’s orbit and reach and orbit the moon. First to the Moon tells their story.

Films like Bad Hair and the Oscar-winning short Hair Love have brought greater attention to the culture of Black hairstyles, but Chris Rock was one of the first to touch on it in the documentary Good Hair all the way back in 2009.

Rock, using his humor to help paint the picture, details how Black hair has been viewed historically and today, some of the styles that people use to alter their hair and the business that encompases it all.

People go nuts over the bond between a person and animal, so viewers are bound to fall in love with this story of a Polish immigrant and an Amish blow horse that took the show jumping world by storm and formed a deep connection.

Harry & Snowman tells the story of Harry DeLeyer and his horse Snowman, who he rescued just before he was about to be slaughtered. Together they would go on to win just about every major show jumping tournament there is. But more than that, they were lifelong friends.

Allen Iversion is one of the most popular basketball players of the 2000s, and in this eponymously titled documentary, his fans can get a look at the NBA Hall of Famer’s life from his upbringing to his success on the court and as a cultural figure.

The film community lost a bright young star when actor Anton Yelchin tragically died at the age of 27 in 2016. He made a name for himself with starring roles in films like Star Trek, Like Crazy, The Green Room and more, but the last movie to feature the young actor is the documentary Love, Antosha.

Requiem for the American Dream (2015)

The wealth gap in the U.S. is a continuing debate that Requiem for the American Dream tried to touch upon in greater detail back in 2015, featuring renowned academic and author Noam Chomsky to provide greater insight.

The documentary hits upon 10 principles related to the concentration of wealth and power that the filmmakers argue has led to the hollowing out of the American middle class.

Michael Moore is one of the most well-known documentarians working today. With films like Bowling for Columbine, Fahrenheit 9/11 and more he tackles hot-button issues. Sicko is the filmmakers look at the healthcare industry in the U.S.

In the doc, Moore compared the U.S. healthcare system as it was in 2007 to other nations, while also sharing stories from individuals on the issues that they have had dealing with healthcare.

Sicko was nominated for the Best Documentary Oscar, the second and most recent nomination for Moore from the Academy.

The concert film is a subgenre of documentaries, giving music fans a cinematic look of performances from some of their favorite artists, and in some instances some additional behind-the-scenes content. Sign O’ the Times does so for the legendary Prince.

For those of you lucky enough to have seen Prince live in concert, this movie featuring footage of his 1987 European concert tour can be a trip down memory lane. But for those of us who were never able to see a Prince concert, it can be a taste of what made the late musician such a popular act.

Morgan Spurlock’s examination of the fast food industry made headlines when it came out because of the premise that it would follow him as he experimented with eating only fast food for a whole month. But Super Size Me is more than just Spurlock stuffing his face with Chicken McNuggets, it is a wider look at fast food culture and the impact it had at the time.

IMDb TV also has his follow up to Super Size Me from 2017, Super Size Me 2, where he once again tackles the fast food industry, this time attempting to open his own fast food restaurant.

Pat Tillman became an American hero when he decided to walk away from millions of dollars for playing in the NFL to join the Army after the events of 9/11. Tragically, he was killed in Afghanistan, but the fact that his death came as a result of friendly fire was kept secret for a long time.

The Tillman Story looks at both the life of Pat Tillman and the circumstances surrounding his death, including the military’s efforts to use his death as propaganda.

Sports stories are great sources of inspiration, and that is certainly the case with the documentary We Could Be King, which tells the story of a high school football team in the Philadelphia area.

After budget cuts force multiple schools across Philadelphia to close, two schools that have been bitter rivals for 40 years are forced to merge. A 27-year-old head coach and a new principal work to unite the young men on the newly combined football team, overcoming their differences and animosity to find success.

Since the original Star Trek series debuted in the 1960s, it has inspired a passionate fan base across multiple series and movies. This includes Star Trek: Deep Space Nine, which has a unique presence in the Star Trek universe because of its characters, its setting and the complicated stories it told.

Ira Steven Behr, who wrote numerous episodes of Star Trek: Deep Space Nine, dives into the series’ legacy and the impact it had not only on fans but those involved in making it as well.

Every year, the federal government rounds up wild mustangs to remove them from public lands and makes them available for adoption. This has led to the creation of events like the Extreme Mustang Makeover Challenge where horse enthusiasts have 100 days to train them.

Wild Horse, Wild Ride offers a glimpse into the Extreme Mustang Makeover Challenge, focusing on multiple trainers and the struggles and bonds that they create with these wild horses.