Philadelphia 76ers star guard Ben Simmons will not take part in the team’s training camp next week, according to multiple reports.

Additionally, Simmons intends to never play another game for the franchise and has not spoken to the team since late August when he let 76ers brass know of his intentions.

Last week, Simmons met with Sixers co-managing partner Josh Harris, president of basketball operations Daryl Morey, general manager Elton Brand and coach Doc Rivers in Los Angeles, per Keith Pompey of Philly.com. In that meeting, Simmons made it clear he no longer wants to remain on the 76ers.

The 76ers are scheduled to have media day on Monday, with training camp opening the next day at their complex in Camden, New Jersey.

By missing training camp, Simmons would be subject to fines and sanctions from the team, but he appears willing to force a trade from Philadelphia, per reports.

However, the Sixers have yet to find a trade they are willing to make for the former Rookie of the Year winner. While there are several teams interested in Simmons, per Pompey, Morey’s asking price for Simmons may be the issue.

Simmons is clearly aware of sanctions available to organization to fine and suspend him, including withholding of salary. But so far, Simmons appears willing to carry out a plan of forcing his way to a new team. Sixers have yet to find a a trade they’re willing to make for him. https://t.co/vxSrBUWjXw

Simmons, though, took the brunt of the blame for the top-seeded Sixers’ exit in the Eastern Conference semi-finals.

He shot 34 per cent from the free-throw line in the postseason and missed 27 free throws alone against the Hawks in the East semis. He was reluctant to attempt a shot from anywhere on the floor late in games and that led to him spending critical minutes on the bench.

His defining moment, though, was in the Game 7 loss at home. 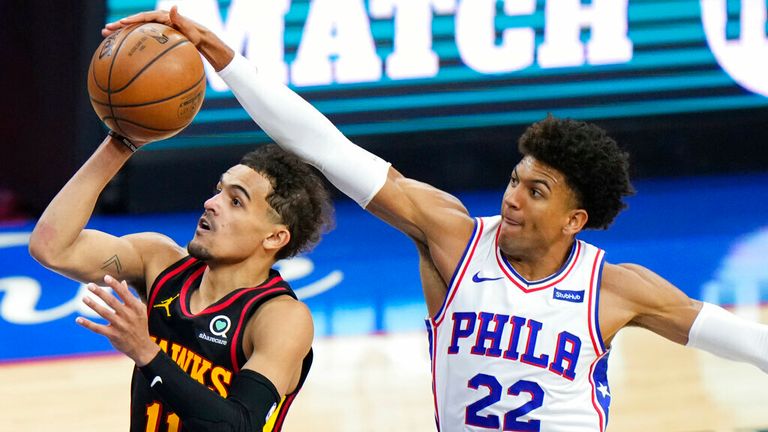 With a chance to tie the game late in the fourth quarter, Simmons surrendered the opportunity to play postseason hero and passed on an open look at the rim because he was afraid he would get fouled.

He is a 5-for-34 career three-point shooter over four NBA seasons and shot at least 60 per cent from the foul line each of the last three regular seasons. He pinned his playoff failures on a mental block more than shot mechanics.

Asked after the Game 7 loss if Simmons could still be a point guard for a championship contender, coach Doc Rivers said he did not have an answer. Sixers star center Joel Embiid also pointed a finger at Simmons for the loss, the comments seemingly creating a rift that would see the 25-year-old guard from Australia likely never play a game again for the Sixers.

Embiid, though, tweeted his support for Simmons on Sept 1.

“I love playing with Ben,” he wrote. “Stats don’t lie. He’s an amazing player and we all didn’t get the job done. It’s on me personally. I hope everyone is back cuz we know we’re good enough to win.”

Sources “Trust me bro”!! Stop using my name to push people’s agendas. I love and hate drama. I love playing with Ben. Stats don’t lie. He’s an amazing player and we all didn’t get the job done. It’s on me personally. I hope everyone is back cuz we know we’re good enough to win https://t.co/1kq9VI9byE

Earlier in the offseason, Morey refused to commit to bringing Simmons back next season, saying only he was always open to a deal that could improve the team. The Sixers spent the offseason adding center Andre Drummond and swingman Georges Niang in free agency as well as guard Jaden Springer and centers Filip Petrusev and Charles Bassey in the Draft.

Coach Doc Rivers went from Simmons’ most ardent supporter early in the playoffs to openly wondering about the guard’s fate in Philly.

Rivers was not ready to rule out the return of the maligned guard if he was ready to put in offseason work. 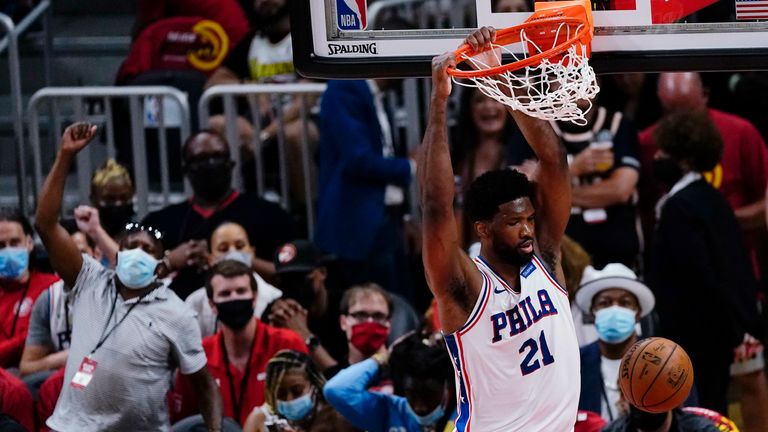 “But there’s work. Ben will be willing to do it and that’s the key. Sometimes you have to go through stuff to see it and be honest with it. Obviously, what Ben just went through, I can’t imagine that because he has so much greatness around him and all the things that he does.”

Should he be dealt, Simmons would not be the first No. 1 pick sent out of Philly because of potential issues of the mind rather than mechanics. Markelle Fultz, the No. 1 pick of the 2017 draft, had his rookie season slowed by a variety of issues that resulted in a broken shot and an eventual trade to Orlando.

Simmons was an NBA All-Defensive first-team selection last season and his size and strength should make him attractive to some team willing to take a flyer on a project with potential.