Before you see ‘The Eyes of Tammy Faye’, check out the documentary that inspired it 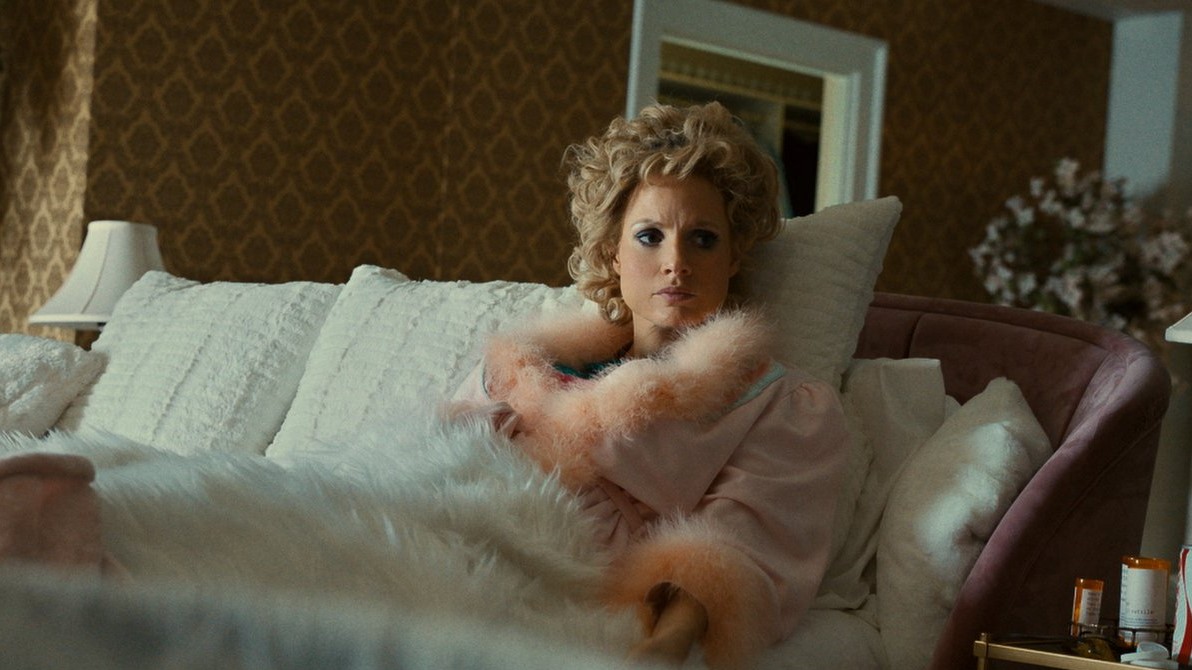 The Eyes of Tammy Faye, a biopic starring Jessica Chastain and Andrew Garfield, opened to mixed reviews at this year’s Toronto International Film Festival, but is guaranteed to be a conversation starter over the next few months of awards season. The film centers on the Bakkers, the infamous televangelist stars who made millions from their garish brand of prosperity gospel, media-focused Christianity before being revealed as high-level financial scammers. Mostly, however, the narrative focuses on Tammy Faye, the oft-derided preacher’s wife whose frequent crying and very heavy make-up made her the subject of many jokes. In The Eyes of Tammy Faye, she is positioned as a deeply misunderstood woman, an earnest believer of God with utmost commitment to human kindness in ways that put her at odds with the increasingly right-wing evangelicals of her community. It’s an angle that is, at best, only half of the picture, but it’s also exactly the story one would have expected from this film had they been familiar with its source material.

In 2000, the documentary The Eyes of Tammy Faye was released to great acclaim. Directed by Fenton Bailey and Randy Barbato, the duo who helped to birth the long-running Drag Race franchise, the film was a clear attempt to rehabilitate the image of its beleaguered subject. By 2000, Tammy Faye, now going by the surname Messner, was working to move on from her evangelical life. Her ex-husband, Jim Bakker, had been sent to prison on a 45-year sentence for fraud and conspiracy, but was released after serving only five years. Messner had begun to lean into her image as a camp figure of fun, and The Eyes of Tammy Faye fully cemented that status. If people thought Tammy Faye’s dramatics and aesthetics were prime for camp parodies and drag queen impersonations, the documentary only cemented that fact, all while allowing its subject to be in on her own joke for once. At one point, someone jokes, “She’s a survivor. After the holocaust, there will be roaches, Tammy Faye and Cher.”

Bailey and Barbato use drag stylings to tell the story, with puppets and bright colors and none other than RuPaul himself offering narration, like a drag brunch story time. If you’ve ever wondered why “everything is better with puppets” in Drag Race, this is the film where that mantra comes from! Messner is shown as a consummate professional, a woman born to be on TV. She could record three shows a day and ad-lib every single one of them, holding the audience’s attention with her charm and sometimes bombastic emotional displays. After the Bakker business crumbled, we see Messner trying to rebuild her life in ways that endeared her to others, particularly the LGBTQ+ community.

During the peak of the AIDS crisis in America, a period where the Reagan administration could barely bring itself to say the word “AIDS”, let alone support treatment for the dying, the evangelical community pushed the homophobic smear that the disease was God’s punishment for homosexuality. Tammy Faye was an outlier, interviewing Steve Pieters, an AIDS patient and minister, live on air and offering her unconditional support for the community. This helped to pave the way for Messner’s evolution into a queer icon who would attend Pride parades and visit LGBTQ+ homeless shelters. The documentary stresses the importance of this as part of Messner’s revival. It’s not hard to see why the filmmakers, and later Jessica Chastain, who purchased the documentary’s option rights, would be so charmed by Tammy Faye, puppets and all.

After watching the documentary, however, it’s easier to understand the intrinsic faults of the new film it’s adapted from. They all stem from the same root. When it comes to the question of Messner’s culpability in her husband’s crimes and the culture of sleaze that permeated the for-profit evangelical industry, she is portrayed as the undeniable innocent. The film is particularly guilty of portraying Tammy Faye as being so guileless, so childlike in her innocence, that it ends up infantilizing a grown woman. It also contradicts the film’s own narrative, which had previously established her as a canny woman of business who would happily force her way to the men’s table and share her unruly opinions. It’s clear that both movies wish to offer a kinder portrait of Messner, one that directly opposes the cruel and often deeply sexist insults lobbed at her over the decades. It’s not a terrible objective. Frankly, it’s currently a trend that has produced some mixed results, from Marcia Clark in American Crime Story: The Trial of O.J. Simpson to Tonya Harding in I, Tonya. What The Eyes of Tammy Faye ends up feeling like is an act of course correction that swings too far in the other direction. It seems out of the narrative’s grasp to understand that Messner could simultaneously be someone who was misunderstood by the world and a woman who did bad things.

Neither the documentary nor the film touch upon another upsetting elephant in the room. In 1987, Jim Bakker announced that he was stepping down from his position as head of the PTL (Praise the Lord) Satellite Network pending the imminent disclosure of what was described as a sexual encounter between himself and former church secretary Jessica Hahn. According to Hahn, Bakker and another preacher, John Wesley Fletcher, drugged and raped her in 1980 when she was 21. Hahn was given a $279,000 pay-off for her silence, which was paid with PTL’s funds, and it was partly this act of financial mismanagement that saw him go to jail (Bakker denies the rape charges and claims he was “set up.”) Over the years, Hahn would become as much a subject of public mockery and derision as the Bakkers. She frequently appeared on The Howard Stern Show and even posed for Playboy twice. The media derided her as a “bimbo” and downplayed the rape accusation to make her seem like a wanton seductress.

The documentary and the new film barely touch upon the subject of Hahn. It’s downplayed in the latter to an insulting degree. Tammy Faye at one point sympathetically refers to the unnamed Hahn as “that poor girl”, which is far more generous than she was in reality, when she called her ex’s accuser a “professional” seductress who “knew what she was doing.” Would including such details have been too “mean” in the eyes of the makers of both iterations of The Eyes of Tammy Faye? Given how far each project goes to make Messner the heroine of her own story, omitting the trauma of another young woman with far less power feels cheap at best.

The story of Tammy Faye is a thoroughly American one, from the commodification of religion to the media comeback trail to the sheer tacky thrill of it all. Neither project hits the nail on the head in regards to fully understanding the complicated legacy and context of Messner, but viewed in conjunction, you certainly get an interesting glimpse into the act of personal reinvention.