AJ Odudu — things you didn’t know about the TV presenter 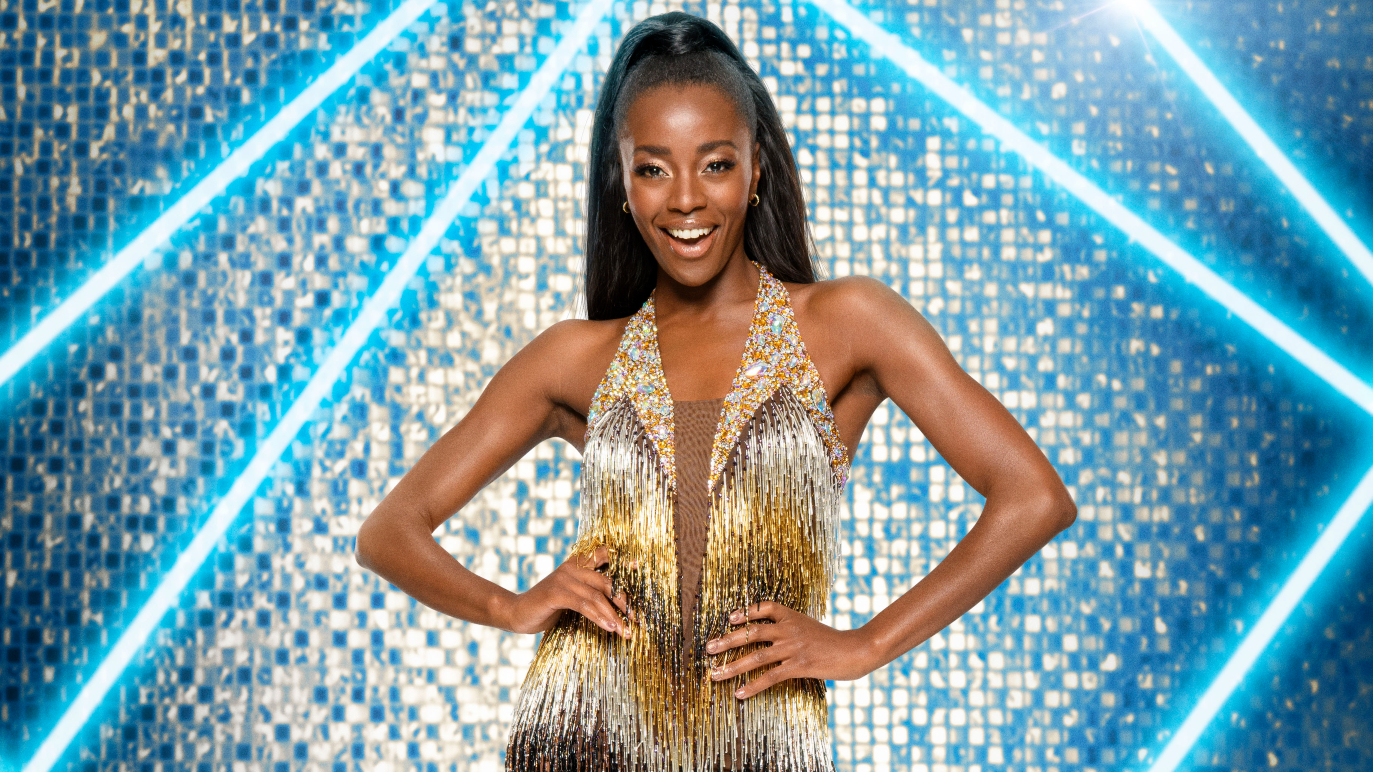 AJ Odudu is a TV presenter and is probably best known for presenting Big Brother’s Bit on the Side alongside Rylan Clark-Neal and Emma Willis back in 2013. Over the years, she has also presented for The Voice UK, The Hot Desk, Manhunting With My Mum and taken part in shows like Celebrity SAS: Who Dares Wins, Richard Osman’s House of Games, Would I Lie To You? and Cooking With The Stars.

Most recently, she was the presenter for ITV’s Apocalypse Wow and co-hosted The Big Breakfast alongside Mo Gilligan as part of Channel 4’s Black to Front campaign. She’s also hosting Married at First Sight UK: Afters, dissecting all the drama from the current season of E4’s dating show.

As if that wasn’t enough, AJ Odudu is about to take to the Strictly Come Dancing 2021 floor alongside her partner, newcomer Kai Widdrington.

She used to want to be a nun!

Growing up, presenting wasn’t the only thing that AJ Odudu wanted to do. Whilst speaking to Topchat for a YouTube video, she revealed that she wanted to be a nun when she was younger!

She said: “I used to wanna be a nun. I had a whole shrine to St. Christopher and St. Mary on my wall growing up.”

She tried looking for love on First Dates Hotel

AJ Odudu took part in a special edition of First Dates Hotel for Channel 4’s Stand Up To Cancer back in 2019 alongside Ulrika Jonsson, Pete Wicks from TOWIE and Blue‘s Duncan James.

In the episode, she candidly admits she doesn’t know how to flirt and sometimes struggles to keep her banter under control. However, her date with Duke still seemed to go quite well on the show!

You can watch a clip below:

AJ Odudu is an accomplished DJ

AJ Odudu is no stranger to hosting music TV shows like The Hot Desk or 4Music’s Trending Live, and she’s just as comfortable behind a set of DJ decks!

She has spun records for the Adidas x Fashionable Fit launch party in Sweden and DJ’ed for a New Look pool party in London, as well as warmed up the crowd for world-renowned DJ Oliver Heldens at Sushi Samba.

She’s renovated her own first home

In 2019, AJ posted the first image on a separate Instagram account revealing that she’d purchased her first home in South East London. From there, she’s been documenting the entire process of transforming her home and giving it a full makeover.

You can see before and after comparisons on AJ’s home Instagram @homewithaj, and a full breakdown of her style can be found at Harper’s Bazaar.

AJ Odudu is seemingly one of the busiest women working in TV right now, but that’s far from the only thing she’s turned her hand to!

Back in June 2021, AJ was appointed as a Contributing Editor to Grazia. Her first magazine piece was all about her experience with home renovation as a single woman. When AJ first joined the magazine, she said: “It’s a privilege to be part of a team who proudly champion women and promote a message of equality and empowerment.”

AJ Odudu is a fitness fanatic

AJ will likely feel right at home in training for Strictly, as keeping fit and healthy is already hugely important to her. Over the years, she has shared fitness tips across the web, on her own blog and on YouTube, and she’s also a qualified personal trainer and sports nutritionist.

Over the years, she has partnered with brands like Adidas, Fitness First, Speedo, and Nike, and she even took on the role of being a Duracell Bunny Pacer for the Great Manchester Run in 2018.

Who were AJ Odudu’s presenting inspirations?

During an interview with Channel 4 ahead of her appearance on the Black to Front special edition of The Big Breakfast, AJ Odudu was asked who her presenting inspirations were growing up, and who they are now.

Answers to the most frequently asked questions about the TV presenter…

How old is AJ Odudu?

AJ Odudu is not currently married, and is believed to be single.

Does AJ Odudu have children?

No, AJ Odudu does not have children.

Where was AJ Odudu born?

AJ Odudu was born in Blackburn in Lancashire, England.

How tall is AJ Odudu?

We work hard to ensure that all information is correct. Facts that change over time, such as age, will be correct, to the best of our knowledge, at the time of the last article update.