Aaron Gordon has agreed to a four-year, $92m contract extension with the Denver Nuggets, The Athletic reported Tuesday.

The long-time Orlando Magic forward found a new home in Denver after the Nuggets acquired him before the NBA trading deadline last spring.

Denver Nuggets forward Aaron Gordon has agreed to a four-year, $92 million contract extension with the franchise, his agent Calvin Andrews of Klutch Sports told @TheAthletic @Stadium. Deal includes a player option for Gordon on the 2025-26 season.

Gordon played in 25 games for Denver last season after the deal in March and averaged 10.2 points on a career-high 50 per cent shooting from the field and 4.7 rebounds.

He entered the league as the fourth overall draft pick in 2014 and has career averages of 12.7 points, 6.3 rebounds and 2.5 assists per game. Gordon had season-best averages of 17.6 points and 7.9 rebounds for the Magic in 2017-18, when he played a much greater role in the team’s offense. 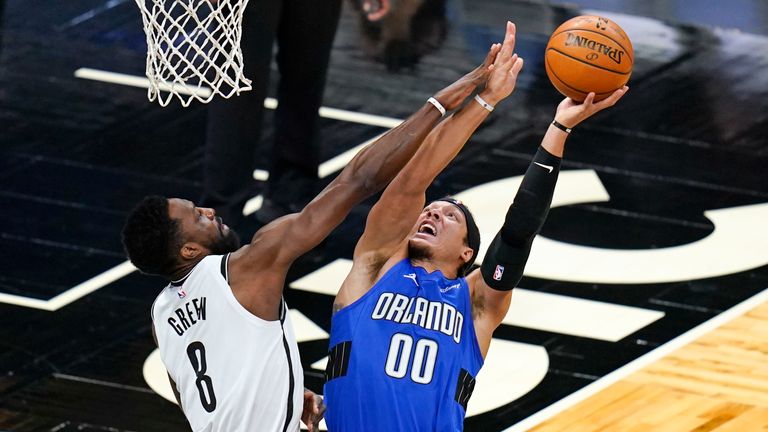 Aaron Gordon dropped a career-high 38 points in the Magic’s win over the Nets in March, shortly before his trade to Denver

In the first round of the playoffs, Gordon’s contributions helped an injury-plagued Denver unit eliminate the Portland Trail Blazers in six games before being swept by the Phoenix Suns.

In his 10 postseason games for the Nuggets – just his career second playoff appearance – he averaged 11.1 points, 5.4 rebounds and two assists per contest before Denver bowed out in the second round. 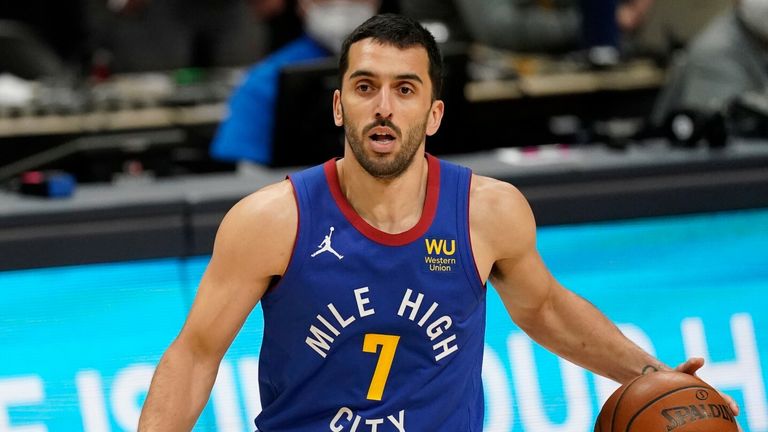 His biggest impact was often felt defensively last season, where he held opponents to 3.2 per cent worse shooting marks than their normal averages when he guarded them. The athletic forward, capable of switching between the 3 and 4 spots, enters his eighth season in the league and turns 26 on Thursday.

The Nuggets will move forward with Gordon joining reigning a strong frontcourt alongside NBA MVP Nikola Jokic and Michael Porter Jr. Star guard Jamal Murray will eventually return to the fold after rehabbing from an ACL tear and subsequent surgery last spring.

Gordon’s deal includes a player option for the 2025-26 season, Shams Charania of The Athletic also reported.